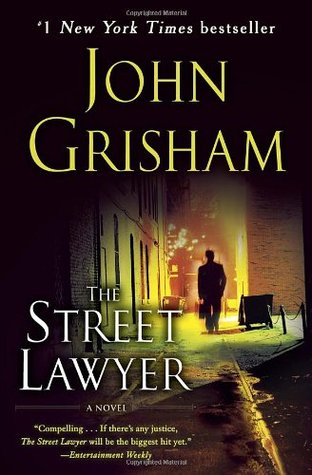 That’s another month over and done with already! It feels a little bittersweet reaching the end of February – That’s another month of the year down where I feel I haven’t really achieved much, my writing taking a back seat whilst I dealt with other things. I really want time to slow down so I can feel a bit more in control, and a bit more like I’m catching up with things! (Or alternatively, I could just stop with the whole ‘trying to do 100 things at once’ thing, since all it seems to do is result in me getting nothing done!)

On the flip side, March is going to be an exciting (and hopefully productive!) month for me:
-I get to go and meet some long-distance friends for the first time, which I am super excited about!
-I have a local (non-bookish) event that I’ll be working at for a couple of days, where I’ll be able to catch up with some people I haven’t seen in a while.
-I have a week booked off from my day job where I have nothing planned. The optimist in me is intending on using that week to get lots of writing and reading done!

So, on to the books I’ve managed to read this month! With the exception of any books I acquire for review/blog tours/etc for this blog, I’m trying to stick to only reading books I pull out of my book jar. For anyone new to the concept, a book jar is just a jar containing lots of slips of paper, each one containing a book I already own but haven’t read. This is my half-hearted attempt to chip away at my ever-growing TBR pile and stop me buying to many new books until I have read some that I already own!

In addition to the books I’m about to list, I have also been reading an ARC I was kindly sent for a blog tour I will be taking part in later in March – Come back here on 21st March to find out what I’ve been reading! 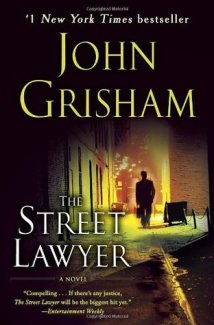 First out of my book jar this month was The Street Lawyer by John Grisham. Being completely honest, I kind of put off starting this one. I acquired 4 or 5 Grisham books a couple of years back; they were in a large box of books I rescued, as they were destined for the bin! Despite being a big crime fan, something about Grisham’s books just didn’t spark my interest and I kept popping them to one side to read ‘later’. I’m now so glad I ignored that feeling and finally gave this book a shot. I loved it and nearly devoured it in one sitting once I got into it. I’m now looking forward to when the next Grisham book gets pulled out of my book jar so that I can explore some more of his work. 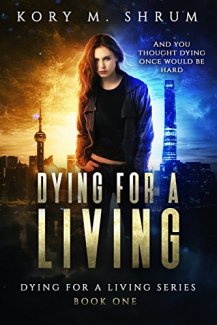 Next up is Dying For A Living by Kory M Shrum. This is a first in a series and I’d bought a box set of the first three books when they were on offer on Kindle. It’s an Urban Fantasy, one of my favourite genres, so I had high hopes for this series. Now, I’m not entirely sure what it was about this book; be it the writing style, the unexpected zombie element, or something else, but it just didn’t click with me right away. It felt a lot different to all the Urban Fantasies that I’m used to reading. That isn’t necessarily a bad thing, but it did result in me struggling to get into it for the first handful of chapters. By the end of it, I was enjoying reading it, but there’s still something off about it that I can’t put my finger on. The next two books in the series are lurking somewhere in my book jar, though, and I will give them a fair shot when they get pulled out. Maybe reading the next book will help me immerse myself in the world a bit better! 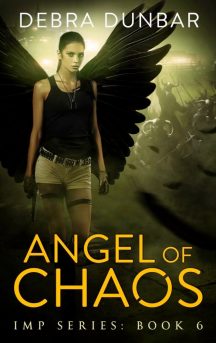 The third book of the month is Angel Of Chaos by Debra Dunbar. Now this is one I already knew I was going to love. It’s book six of a series I’ve been working my way through, another Urban Fantasy, though this is an angels and demons premise instead of zombies. I love this series, I adore the characters that Dunbar has created, and I can completely lose myself in her books. I originally picked up the first book of this series in an attempt to get over the book hangover I had from running out of published books in Patricia Briggs’ Mercy Thompson series, and it did not disappoint! 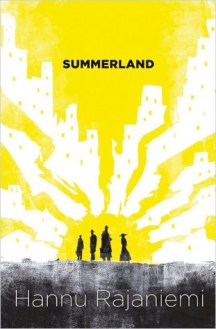 Finally, we have Summerland by Hannu Rajaniemi. Full disclosure, I haven’t quite finished this book yet, I still have a few chapters left. I’ve heard many mixed reviews on this, but the premise intrigued me so I went ahead and bought it to see what I think. I believe it falls into the ‘Steampunk’ genre, which honestly isn’t a genre I have read before. So far I have been pleasantly surprised – It took a couple of chapters for me to really grasp exactly what was going on in the book, but beyond that point I’ve been really enjoying it. Once I have finished I am tempted to post a full review of this one, since it’s so far outside my usual reading material.

And that’s it for my reading throughout February! I’m aiming to read more than I did last year, which is 55 books, and so far I’ve managed to read 5 books per month. So fingers crossed I can keep up the pace for the rest of the year!

What’s been your favourite reads this month?

6 thoughts on “February Wrap Up!”